LafargeHolcim announces next steps in simplification of corporate organization

Consistent with its Strategy 2022, LafargeHolcim announces proposals to further simplify its corporate organization. As a consequence of these additional measures around 200 corporate jobs would be impacted and the corporate offices in Paris and Zurich would close. Remaining positions in Switzerland would be moved to the company’s Holderbank site and a new corporate office in Zug. In Paris, remaining positions would be moved to Clamart in the southwest of the city. The plan is targeted to be completed by the end of 2018.

According to the plan, 107 jobs in the Zurich area and Holderbank will be impacted and 97 in Paris. No other sites in France will be affected by this plan.

The proposals presented to works councils today are a key component of LafargeHolcim’s  Strategy 2022 launched in March 2018 which will enable the company to grow and vigorously capture market opportunities by moving closer to customers in key countries. The simplified corporate organization outlined in the plan will help facilitate this shift. The company is on track to reaching the previously announced CHF 400 million SG&A cost saving target by Q1 2019. The proposed changes will also help sustain competitiveness and investment in innovation.

The plan is subject to required consultation and regulatory processes in each country and the company will endeavor to minimize the impact on employees and will offer support at affected sites.

The proposals are in line with other measures that have already been implemented. These include the closure of corporate offices in Singapore and Miami, the elimination of one layer of management and the near doubling of countries reporting directly to the slimmed down Group Executive Committee.

From landfill to resource: how Geocycle contributes to the fight against plastic pollution

A one-stop shop for LafargeHolcim products in Latin America 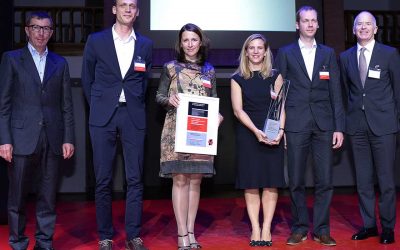